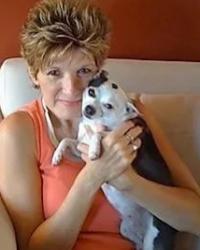 Ginny is an Emmy-nominated producer and director, television writer, journalist, author and publisher who has been an activist for pro-social and positive entertainment during her diverse career. She has developed, sold and supervised programming for cable and the networks focusing on issue-oriented topics. In 2009, Ginny began “The Pet Ministry”, Angels in Fur Coats. " She raises the funds for them to receive medical attention and be spayed or neutered and put up for adoption. In the past nine years, Ginny and her volunteers have found forever homes for over 200 precious pets.